Retail outlet with a difference. With a rather limited budget, Nike took a bold leap in reconstructing the look of their outlets. Fitted with a plasma, some televisions and adequate sound system incorporated into their retail outlet, Nike can successfully project their corporate video as well as brand image, while welcoming customers to their attractive store, with its high-tech image that calls for attention and making it stand apart from the other retailers. 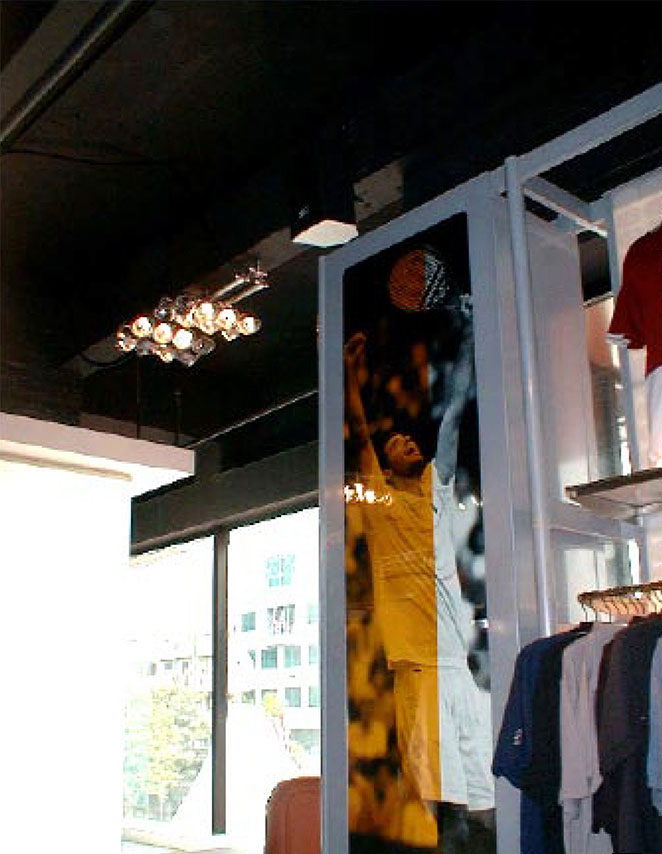 Nike’s roots run deep in the Asia Pacific region: Phil Knight first began doing business in Japan in 1963, importing shoes. Nike Asia Pacific has been in operation since 1977, when it began selling footwear in the region and subcontracted factories in Taiwan and Korea. Nike Japan was established in 1981. In 1997, two major customer service centers opened outside Seoul and Tokyo, and China became both a source country and a vital market for Nike. The Asia Pacific region is Nike’s third largest in terms of revenue, and number one in terms of manufacturing.

Integrating a list of equipments necessary to enhance the showroom according to owner’s requirements while ensuring that all display devices are appropriately linked from the source equipments.

The plasma was required to be securely attached onto a thin wall panel and to ensure that the device will not drop or fall off the wall panel.
All the display devices will have a simultaneous output of video file and will be linked back directly to the distribution amplifier which acts as an interlink from the source equipment to the display devices.

Similarly the source of the audio output runs from the mixer to the speakers, which is mounted to the wall and ceiling.

All the source equipment are hidden behind the counter, away from public attention. Therefore the access to the controls are only limited to the personnel, who can conveniently access them from their stations. 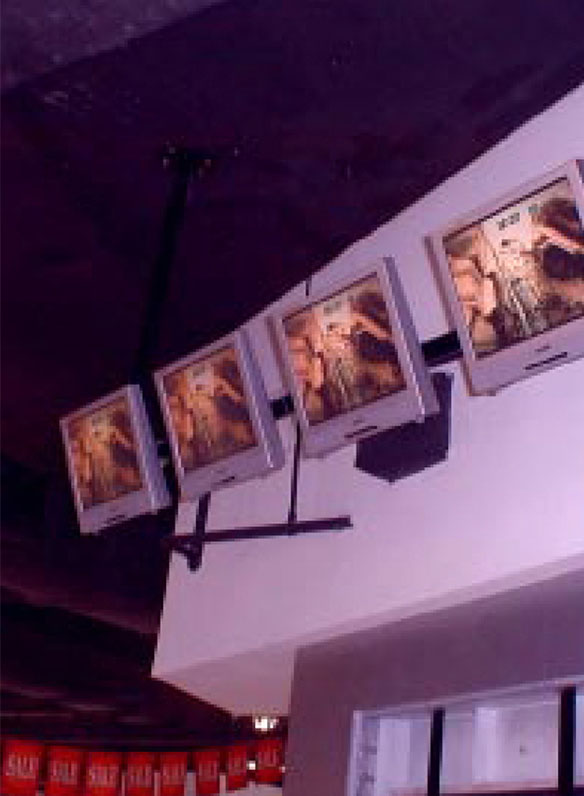 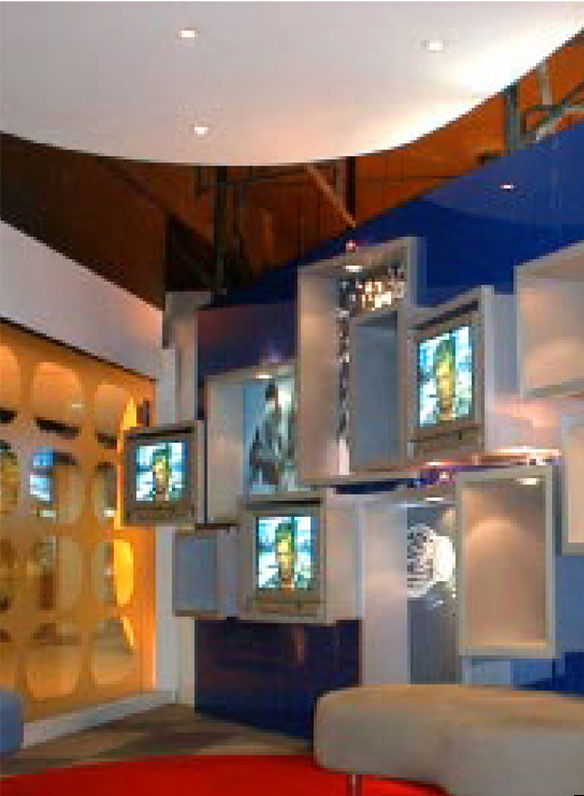