On November 1969, PDC or Penang Development Corporation was formed under the State Enactment as a state development agency to develop, plan, implement and promote development projects in the form of socio-economic on behalf of the State Government of Penang. PDC’s main objectives include Property Development, Entrepreneur Development and Investment.

To expand PDC’s role in heading towards economic development for the state and in conjunction with the various programmes, PDC had participated in various sectors as below:

Integration of new technology into an existing boardroom without compromising the aesthetic look of the room. This is important in deciding how to wire the entire system, especially the dimming fixture for programming of the presets and zoning buttons.

PDC wanted Audio Visuals solutions for a boardroom setting. However, PDC did not have the traditional installations in mind for the project, which will include applications such as a projector and a screen, with the projector bracket protruding or hanging from the ceiling, which will undoubtedly interfere with the classic and aesthetic appeal of the room.

With this in mind, Indizium, was set to provide the appropriate Audio Visual solution that complemented their needs as well as their preference. A plasma TV was installed, with an integrated touch panel that will enable a user to control all  the Audio Visual equipments from a station. All the source equipments are kept in an equipment rack which is hidden in the specially designed cabinet to avoid obstruction in the room. The whole layout was carefully planned so that the system could blend in seamlessly, while new technology was incorporated into the room. 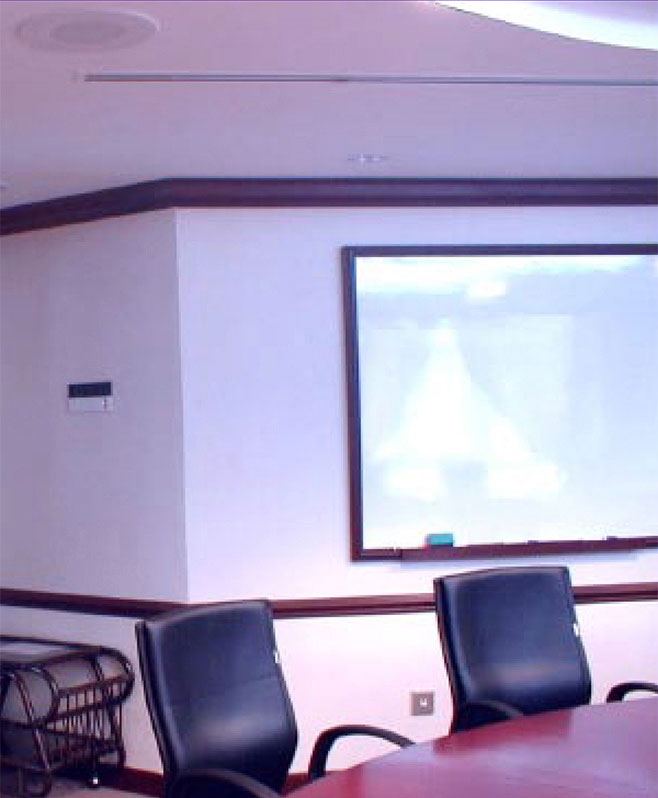 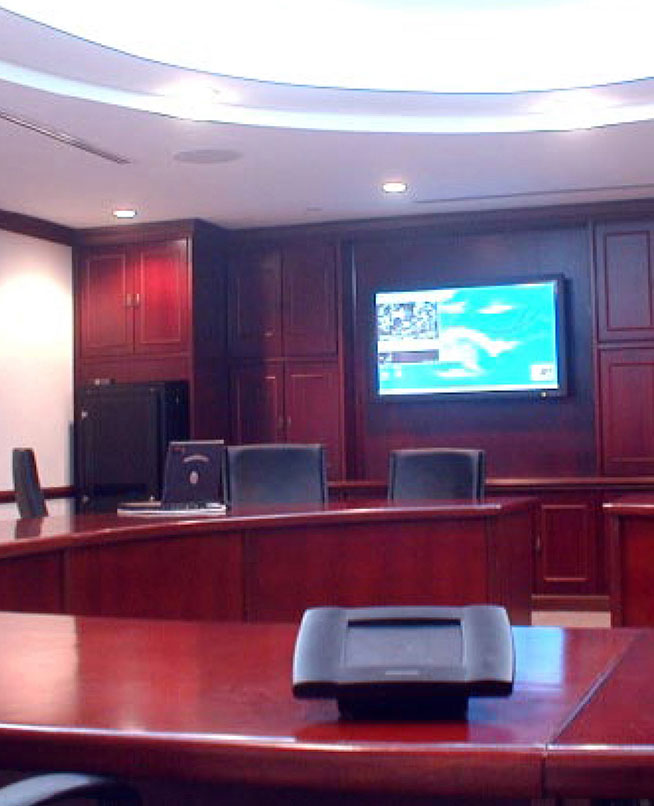 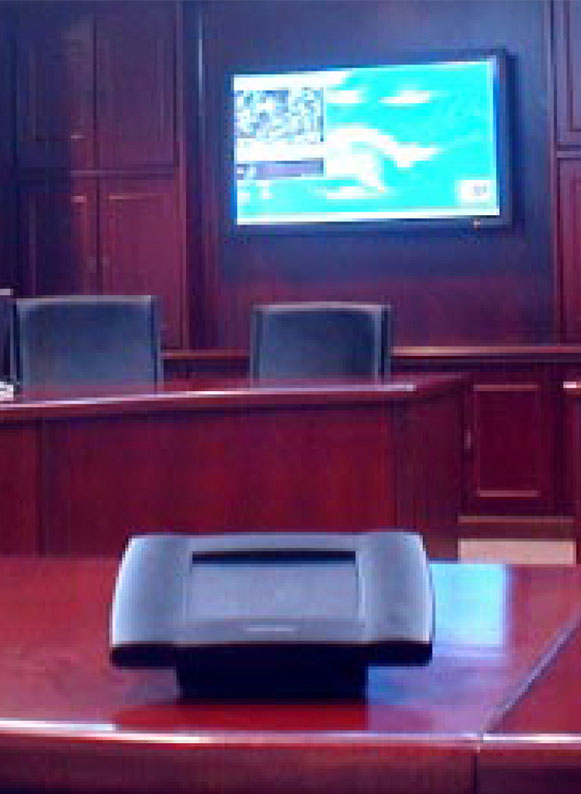